Scientific American asked their “board of advisers to choose the technologies that they could not live without.” Read their answers here.

Having recently read Unbroken, Louis Zamperini’s surviving 47 days on a raft in the Pacific followed by a couple years in a Japanese POW camp, and currently reading The Unconquered, an expedition to find the last uncontacted Indians of the Amazon, I’ve concluded that there is a lot of stuff one can live without. People around the world, not just deep in the Amazon, live without a lot of what we have here in the States. And you know, our ancestors did just fine before the Industrial Revolution. Well, maybe not fine. Plague comes to mind. But most of them did survive. Or enough did to put us here today.

So I’m going to change the question. What technologies would I not want to live without?

There are the obvious. Indoor plumbing, as mentioned by one the SciAm people. Electricity. Plastic.

In the ‘gadget’ category, probably first and only on my list would be my laptop. It’s still my primary communications and work center. Tablet and smartphone manufacturers seem to be trying to figure out how to replicate the functionality of the laptop in a smaller, more portable device. While I like my tablet (Xoom), ereader (Nook Color), and smartphone (Samsung Galaxy Nexus), I don’t use them to do serious work. They’re more for quick checks – looking up something on the internet, checking email with maybe a short reply here and there, reading my news feed, generating the occasional tweet, and in the case of my phone, making phone calls. I don’t use them to write blog posts or grade student papers. 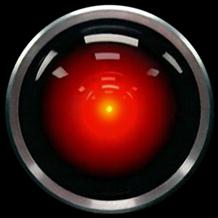 2001: A Space Odyssey was the first truly scary movie I remember watching. HAL simply took over. Once the astronauts realized it, it was too late.

Is our mobile technology doing the same thing to us? I’m not talking about the Jared Diamonds commercial where the husband’s car navigation system takes him to buy his wife jewelry.

Remember when you had a desktop and a landline? At home and at work? And that was all you had? What happened when someone called and you weren’t there? They left a message. Try leaving home without your cell phone. Feel naked? We’re no longer tethered to our desks, but are we working more because of it? I’ve been known to reply to student email while standing in line at the grocery store. Making good use of my ‘dead’ time or just working too much? I recently saw a group of four people sitting together at a restaurant. Before the food came, they were all looking at their individual screens. How many of them were giving that time to their employer instead of enjoying being out with friends?

In a recent post I mentioned that I changed settings so that my work email only comes to my phone when I request it. No more little, tiny envelope icons to draw me in. This past fall I was largely successful in turning off work in the evenings. While I love my job, it is not my entire life. Our work can use mobile technology to wind tendrils around us any time of the day or night. Have you fully succumbed to being on-call 24/7? Or have you cordoned off time and space just for you?

3 thoughts on “Is Your Mobile Technology Turning You into a Workaholic?”